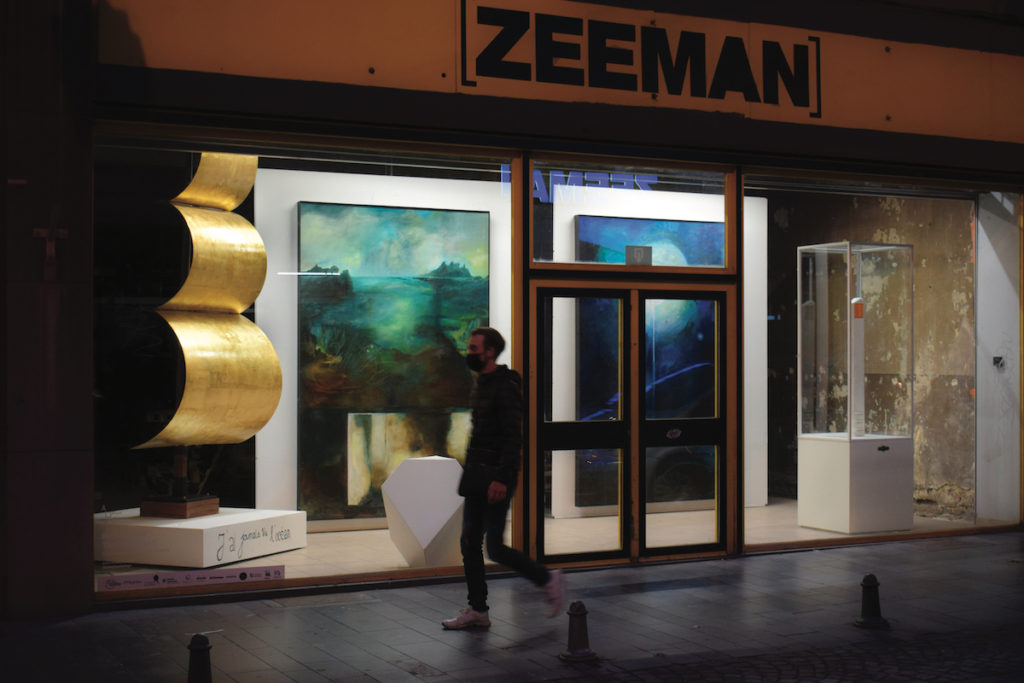 The connection between humans and the landscape is a central theme that binds Tim Volckaert’s actions, drawings, sculptures, installations, photographs and paintings. How do humans identify with their environment ? In a recent series of paintings, the artist analyzed typical portraits of conceited bourgeois painted in front of a scenery whose main function is to highlight their opulence. In the past already, he had deconstructed and corrected this duality in strange paintings showing a harmonious fusion between foreground and background, humans and landscape. In his last artworks, Tim Volckaert further reflects on the way power structures – humans facing their environment, but also human beings among themselves – are visible in history.

The creation of similar portraits as of the Renaissance goes hand in hand with a growing desire of expansion and world conquest by European powers. In these paintings, the artists added numerous symbolic references to the masculinity of the figures. Let’s think for example of the famous Bonaparte crossing the Great Saint Bernard by Jacques-Louis David (1801). Napoleon mounts a reared-up horse, his finger pointing up, sign that he can also conquer the sky. Moreover, in such majestic portraits, the male genitals – although covered – are usually dramatically represented. In his Napoleon, Tim Volckaert focuses on one of these bulging and figure-hugging trousers to draw our attention to a caustic truth : the history (of art), and by extension the world, significantly follows the model of the heterosexual man.