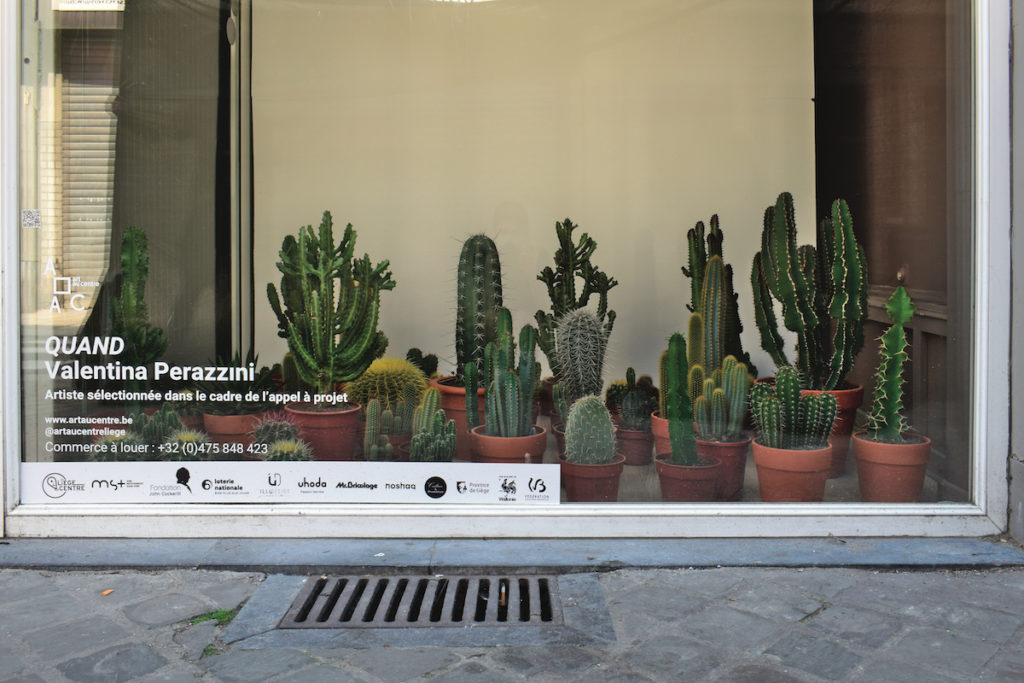 Metaphor of the slow disasters, Valentina Perazzini’s installation Quand is the chronicle of a disaster foretold. Heirs of a civilization that mistreated nature way too much, helium-filled balloons seeking escape are recaptured by a ceiling that vows them to an ineluctable destiny. Once tired, they will initiate their ineluctable descent, they will encounter what nature left behind for them : a row of cactus.

Is it only the story of a slow agony ? The description of a day after a party, in which deflated balloons of the day before cover the floor only retaining melancholy inside their rubber skin ? Or on the contrary is it the story of a transformation of the world when the balloons, pierced by thorns, will recreate alongside the plants that hated them a balance where fate and heritage mingle ?

In resonance with the current sanitary and political situation, Quand, once interrogative, titillates the interface between reality and fiction, and creeps into the cracks between conscious and unconscious. Valentina Perazzini is a multidisciplinary artist who feeds her quest for the world of literature and nature. She presents a new piece on the theme of the impossibility of the true encounter and its sublimation.

The cactus, rented in Liege, account for the ambiguous connection between mankind and its environment. Between protection and reification…