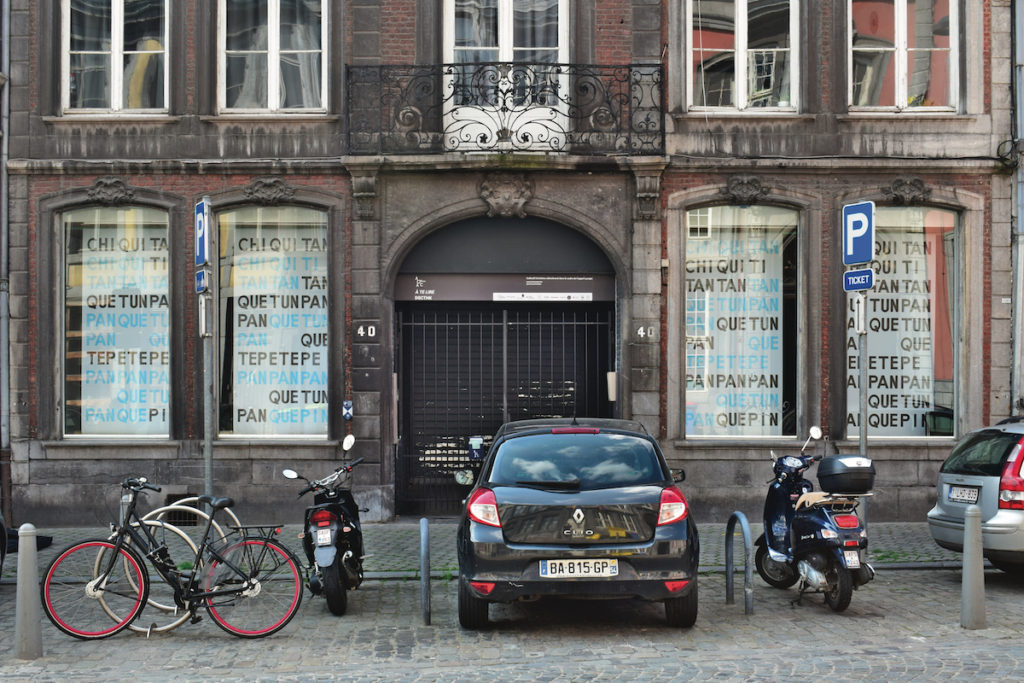 Emerging from a flood of lasers and smoke bombs, the mechanical and technoid man, decked out in mikes and lights, strikes up 1991 music hit asi me gusta mi, starting with several battle shouts, before carrying on with a phonetic litany, whose sense, 30 years later, still remains a mystery for the algorithms of online translators. After a trial period in the clubs of the Ruta Del Bakalao in the Valencia region, the hit by robot artist and Spanish DJ Chimo Bayo spreads like wild fire through the dance floors of the continent, where, for those willing to hear it, an incantation destined for synthetic psychoactive drugs resonates.

For Art au Centre, DSCTHK isolated the phonetic components of the opening litany of the song, as if they were trying to find the formula. The structure of the extract is made of a dozen of sound particles that the artists transferred into a table, like in a periodic table of the elements. The identified phonemes articulate in different ways to form the melodic and rhythmic writing part of the song. The resulting division reduces it to a sort of metric system, to the sequentiality of electronic music or to the automation of the reading of punch cards that conduct mechanical orchestras.

This « mechanization » of Chimo Bayo’s hit, which has not been left behind, can’t overshadow the poetic value that the artists try to give to the extract in view of its simple statement value. They see a form of abstract poetry, made of onomatopoeias, a Dadaist experience in today’s city, a free speech as envisioned by futuristic poets. The observer is thus invited to engage in a reading that stretches from one window to another, step by step, for a progressively mastered statement. The feats will produce scat duels in the street ; a simple vocal game of syllables and rhythmic onomatopoeias, specific to jazz music this time, whose sense is only its own musicality.