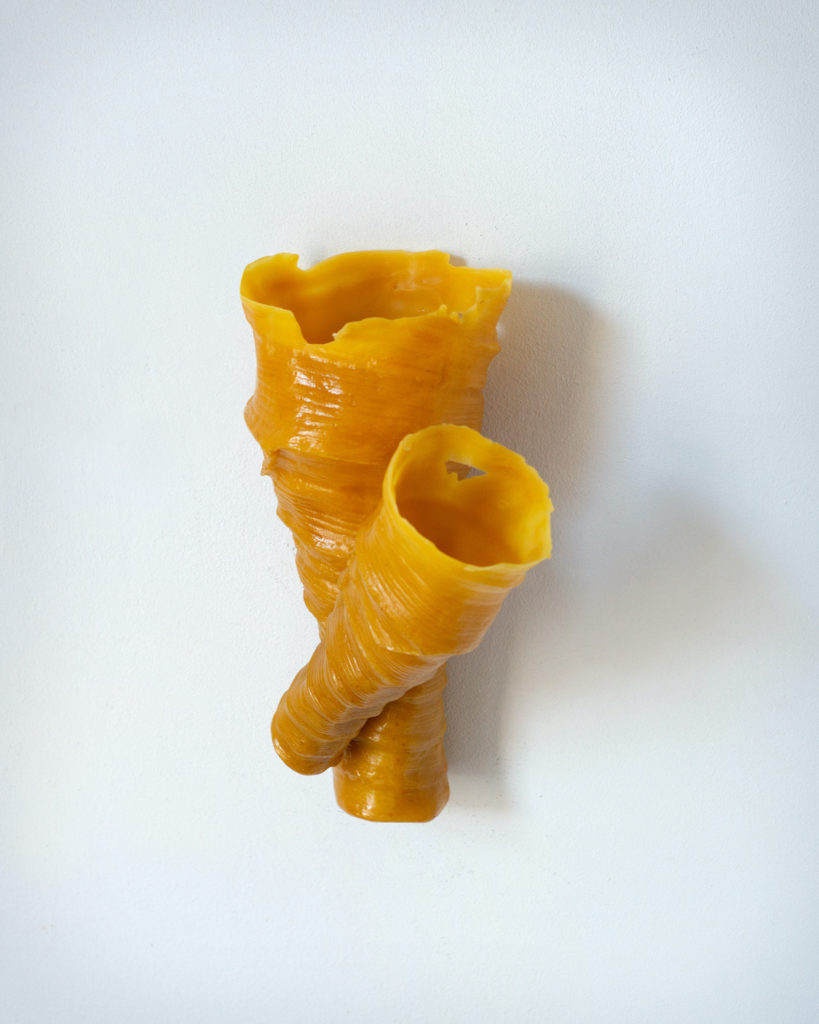 On a Monday afternoon, 5th of September 2022 at 16:33 to be exact, a message was delivered by the Council of Infestations of Liege. The message was written in a brief and brusque matter. It mentioned an infestation of an unidentified species somewhere on the premises. The matter wasn’t taken seriously and it was soon forgotten.

Up until three weeks later, a humming was to be heard in the city hall, which had gotten to an ominous rhythm. The sound became intolerable as it was interrupting every thought a person had. Finally, the municipality took matters into its own hands and went to investigate where this noise was coming from. They found a newly-formed edifice of a non-human intruder who had taken up residence in the basement of the city hall. Of course, they couldn’t let this pass.

As was the normal way of dealing with this, they ordered a judge to prosecute the creatures who were building the tube-like structures. When the animals were located, they appeared to have become dormant in hibernation. The beings didn’t seem to be insects of litter and soil, nor were they sap-sucking creatures. One could only guess at the shape of these soft-fleshed organisms, whilst they were hiding behind their hard-crusted shells.

Were they doing any damage? Should they be prosecuted by law? Due to their small size and the fact that they were not yet fully grown, they were appointed to a curator. He obtained for them the use of a vacant windowshop, to which they were permitted peacefully to retire. Furthermore, the curator was instructed to keep an eye out to ensure that the beings stayed in the appointed area. How they were induced to go into this reservation and to remain there, we are not informed.

(based on the treatise Bugs and Beasts before the Law, by H.P. Evans)