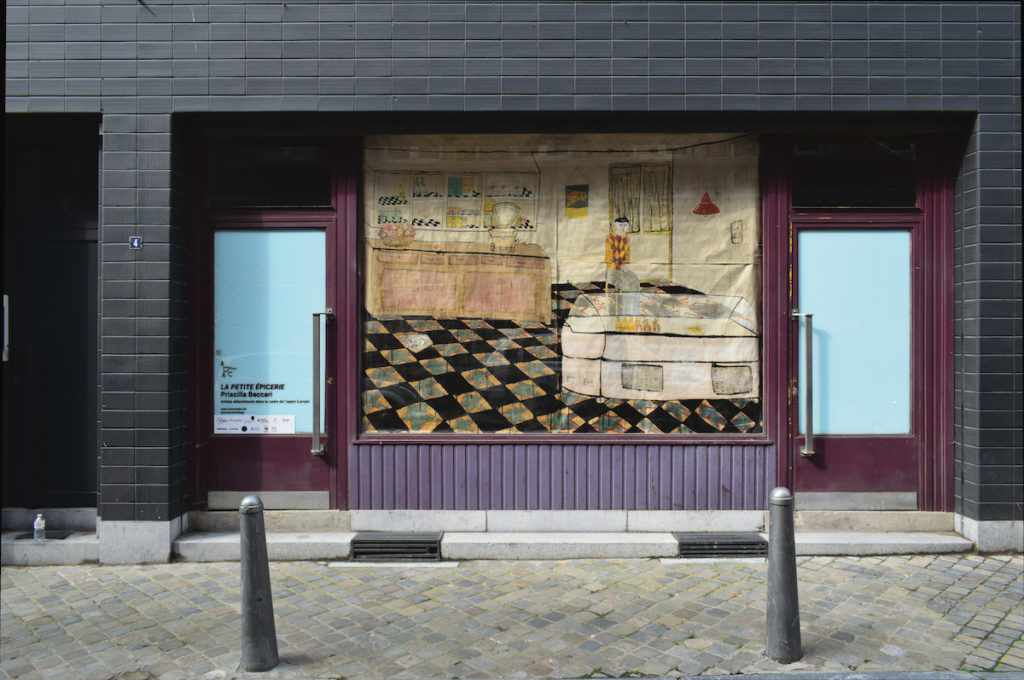 Versatile artist Priscilla Beccari expresses herself through video, sculpture, installation, photography, performance, drawing and also music alongside Mono Siren, forming an electro disco funk experimental duo. In 2017, she represented the Pavilion of the Republic of San Marino at the Venice Biennale.

Priscilla Beccari’s work is slowly tamed, leafing through images, actions and shapes that all echo each other or are the premises of others. This perpetually mutating universe multiplies the stylistic splits and the registers, identifies itself at the crossroads of a predatory eroticism, an indignant feminism, a sense of absurd combined with a touch of fear. It makes a triumphant statement about domestic closures and animality, suitcase women and inanimate bodies, collapses and effronteries.

The drawing forms the epicenter of the practice but it should not be reduced to simply this. While the thickness of the strokes, the format or the treatment of the media overwhelm, the artworks on paper are only a small part of a much more extensive approach that, considered from every hard or light angle, systematically cultivates trouble, pain and strangeness.

We often think of the surrealism and bitter irony of Luis Buñuel’s last movies The Discreet Charm of the Bourgeoisie and even more The Phantom of Liberty : visible lightness, oddity put at the heart of the everyday life, symbolic bestiary, emergence of the flesh, ethereal presence of the death. More fundamentally maybe, the work comes within the scope of a tradition that, from Louise Bourgeois to Kiki Smith, has turned the body into a phantasmagoric and political medium.