Chantal Le Doux creates a tender embroidery of colours and geometric shapes in different materials. While her work evokes connotations of tribalism as well as craftsmanship, it is never without a sense of the contemporary.

Trained as a painter, Le Doux somehow forgot that classical paintings usually comprise of canvases. She paints on walls and wooden slats, with neon tubes and textiles. Her work is a fusion of different shapes playing with the ambiguity of symbolism through which she creates an own yet unknown language.

Her spacial paintings seem to tell tales of a thousand and one nights, mirroring ornaments of Oriental carpets or Aladdins enchanted lamp. Snippets reflect the mysterious aspects of Indonesian shadowplay, only giving an indication of a face, a figure and its appearance. By playing with light and shadows in all its shades and forms, she sets different moods with all kinds of possible stories open to us, as miscellaneous things can happen in the duality of the dark…

Through her work Le Doux explores the role of the unconscious, confronting the viewer with her own set-up of a Rorschach test: There are no “correct” or “wrong” answers, not just one tale to follow. An important part of Le Doux’ artistic work is her continuous rearrangement of the various components, allowing the objects to be broken down, only to give them an appearance again, later, in a new context. Her art and way of story-telling is not ultimately fixed in one final image, but subjected to an endless intuitive process. 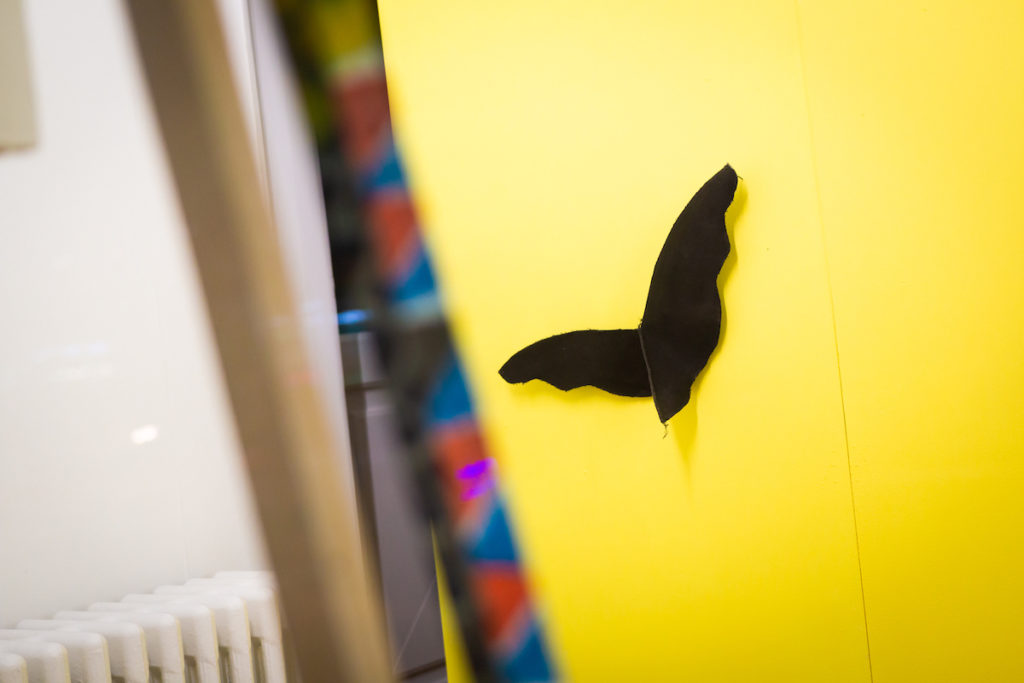 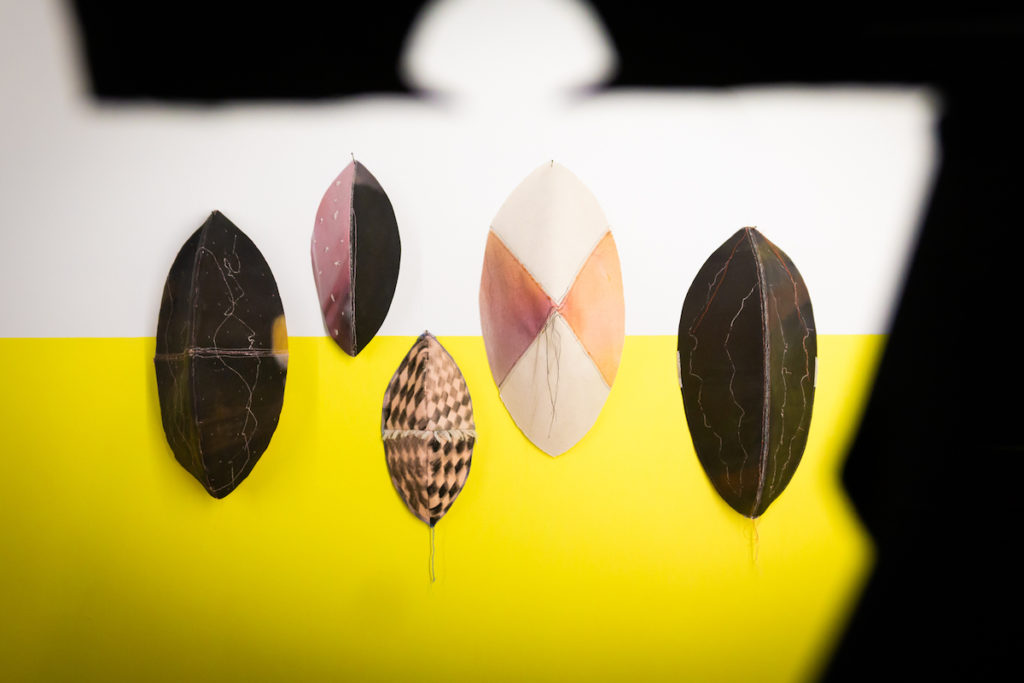