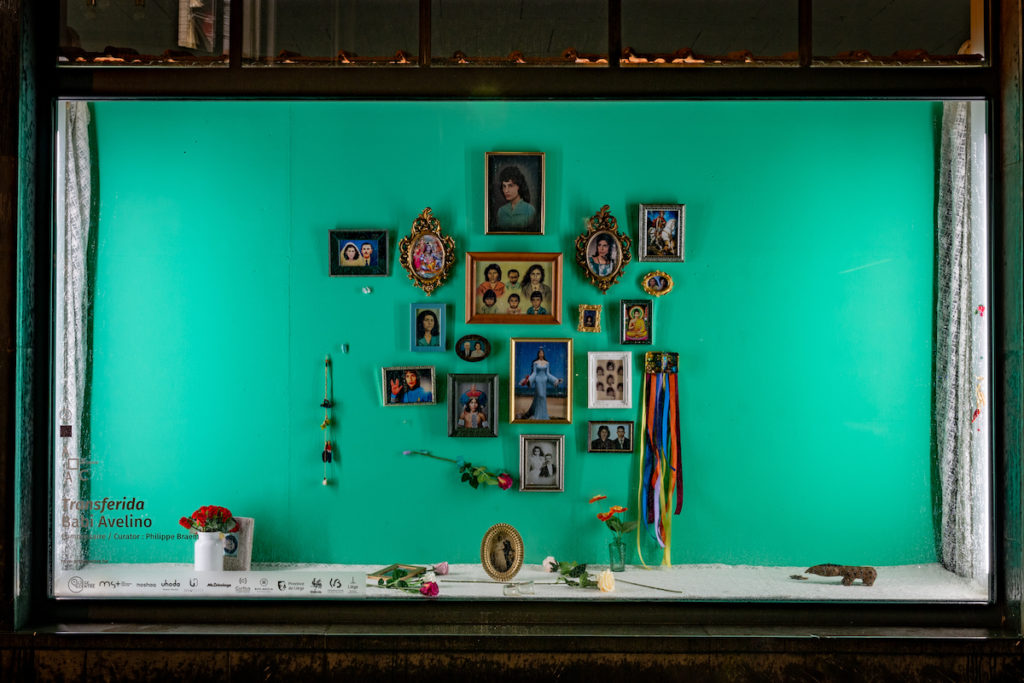 Babi Avelino gives new impetus to an old tradition called the foto pintura. This technique, invented by French photographer Disdéri in 1863, arrived in Brazil in 1866. The process consisted of printing low-contrast photographs and painting them. The photos were taken by traveling photographers. Local painters retouched the photos with gouache or oil paint… They enriched the clothes of the people depicted, smoothed out their wrinkles, added jewelry or paid tribute to their deceased relatives. Where only the nobility and the wealthy could afford a family painting, the underprivileged class managed to acquire a certain status thanks to this technique. Nowadays, the foto pintura has almost disappeared due to digital technologies, selfies and the Internet.

Babi Avelino’s travels through old photo albums evoked memories that are connected to the foto pintura of her grandmother’s house. Using FaceApp, she transformed her own face into portraits of her distant or deceased relatives. However this personal story turned into a tribute to the Woman, who is almost always in the foreground in the foto pintura and by extension also to all those men and women who connect her to Brazil. By accepting their identities, Babi Avelino also pays tribute to her Brazilian heroes: artists, architects, feminists, defenders of freedom.

Transferida, Portuguese for “transferred”, consists of two words: trans, which refers to both the distance and the transfer of files and ferida, meaning “injured”, which refers to the dangerous situation in which her homeland currently is. But it’s also the saudade, the feeling of living between two countries.