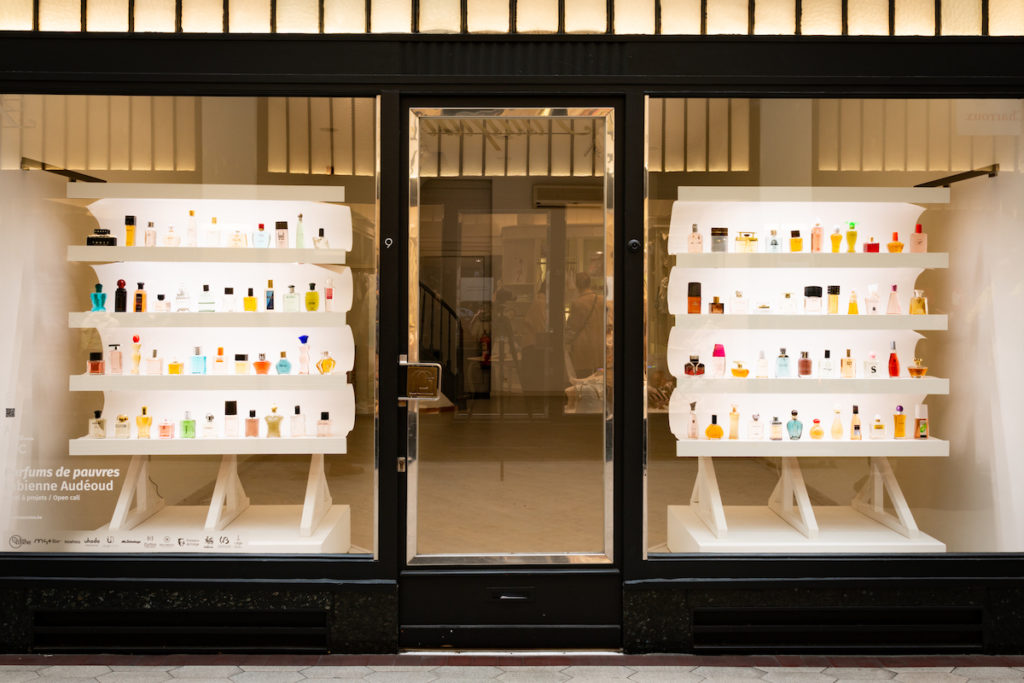 In 2011, in the 18th arrondissement of Paris where I used to live, I bought some perfumes called Solitude, La Chute (the fall), Querelle (quarrel), Predator in cheap DIY shops. They were the first bottles of the collection “Perfumes For The Poor” that nowadays features a hundred pieces.

None of them are counterfeits, even if some clearly refer to well known bottles and brands. They are exclusively selected for their name and their price (around or under 5€). They are meant to contain nice smells and offer a form a wellbeing and pleasure but the words they display vary from weird to extremely violent: Bishop, British Emotion, Relinquish, Nob-luck, Maniac, Untrue Lies, My Manager, Dispute, Solitude, Tender Stalking, Phobia Men, Dangerous swamp, Expire, etc.

Who came up with such names? Who are they addressed to, if not to poor consumers who don’t really understand what they read, or maybe who are just worth it…

On the shelves of stores and in a further developed way in installations, sentences, a text, a discourse/smell to “wear” are written.

This piece is part of a large series about ‘porter’ translated in English by “to wear” (for clothes and perfumes), to carry a load (porter une charge), to convey a message (porter un message), to bear his name (porter le nom de son père ou de son mari) to perform a character (porter un personnage à la scène ou à l’écran). There is also a French expression saying that a voice carries well.