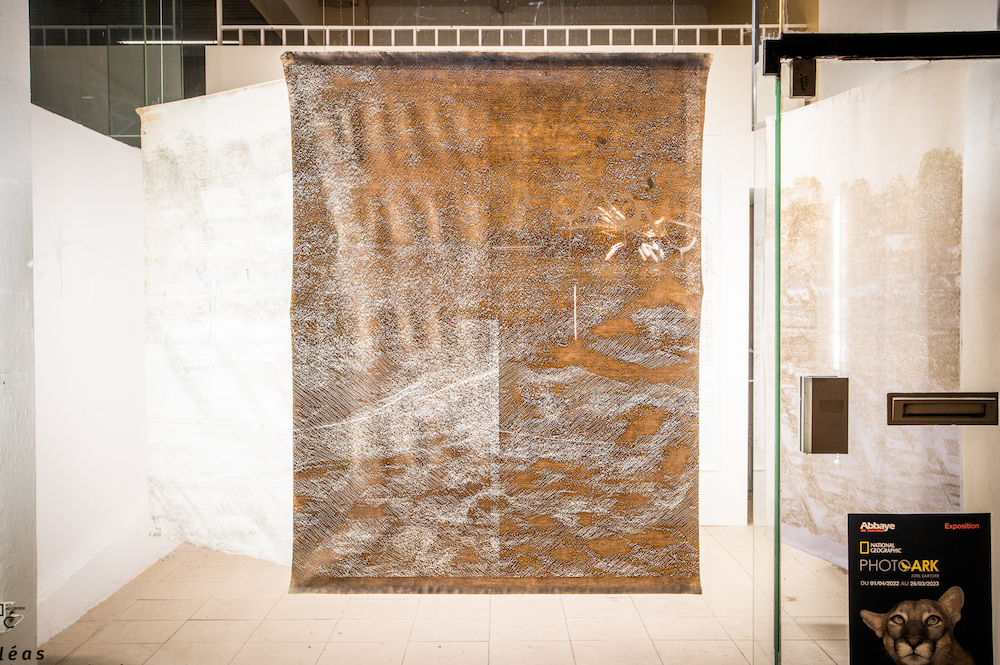 Installation a l é a s is closely connected to the territory of Liège, its transformations as well as its most recent history: the devastating and overwhelming floods of summer 2021.

Since 2018[1], Jérôme Bouchard has been observing the post-industrial landscapes of the banks of the Meuse and developing a plastic translation of scientific samples of the Walloon territory (soil, vegetation and building). He collects so-called ‘objective’ data, new modes of representation of reality to translate them into ‘new’ landscapes.

The artist conceives a singular method: from LiDAR[2] geo-data, he uses digital laser cutting[3] to create micro-perforations that alter the linen canvas. The creative hand gives way to the industrial or scientific tool, questioning the limits of the machine, symbol of progress, as much as the negotiation between humans and nature. By diverting their use, he highlights what escapes the tool and challenges its technical capacities to the point of mistake. The artwork integrates both the residues due to the alteration of the material and a part of chance linked to the context of creation.

What a surprise when the studied territory overflows to the point of devastating the artist’s studio, depositing on the artworks a trace of water and mud that it will keep intact. An unprecedented reversal where the landscape crosses the canvas without destroying it. The installation a l é a s unfolds in time and space, made up of evolving strata like the perpetual movement that alters and metamorphoses our landscapes.

Warm thanks to Relab of Liège, to Mr. Pierre Hallot (professor at ULiège) and to the Mano workshop.

[1] Originally from Quebec, Jérôme Bouchard participated in the RAVI residency in 2018, following which he decided to move his studio to Liège.

[2] Light Detection and Ranging. Modern mapping instrument using laser remote sensing to translate the environment into a cloud of points.

[3] Carried out in collaboration with Relab Liège. 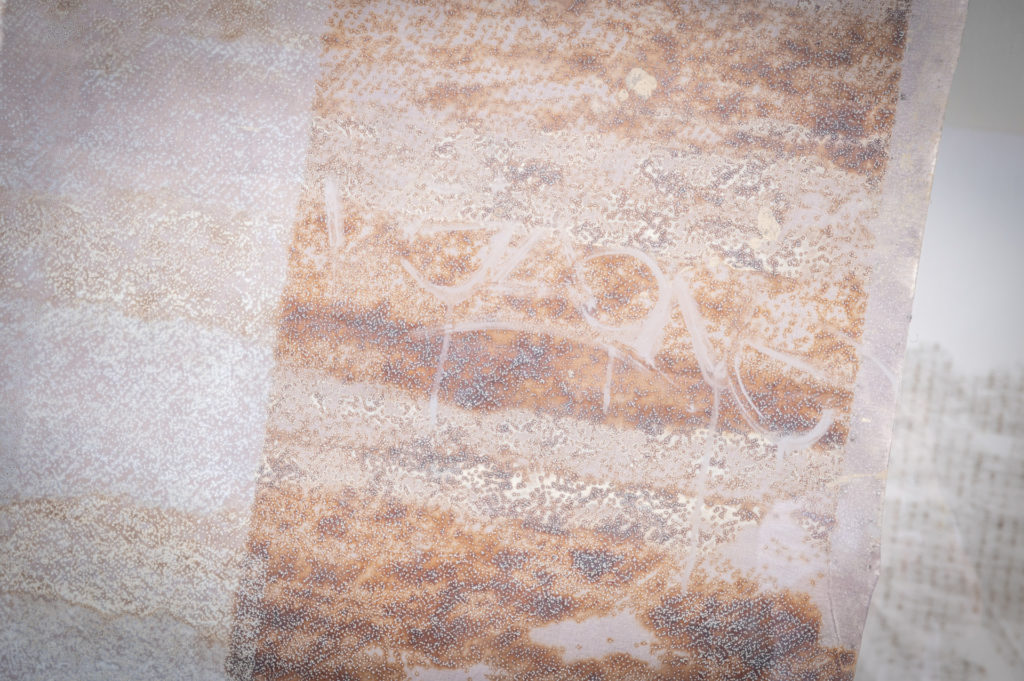