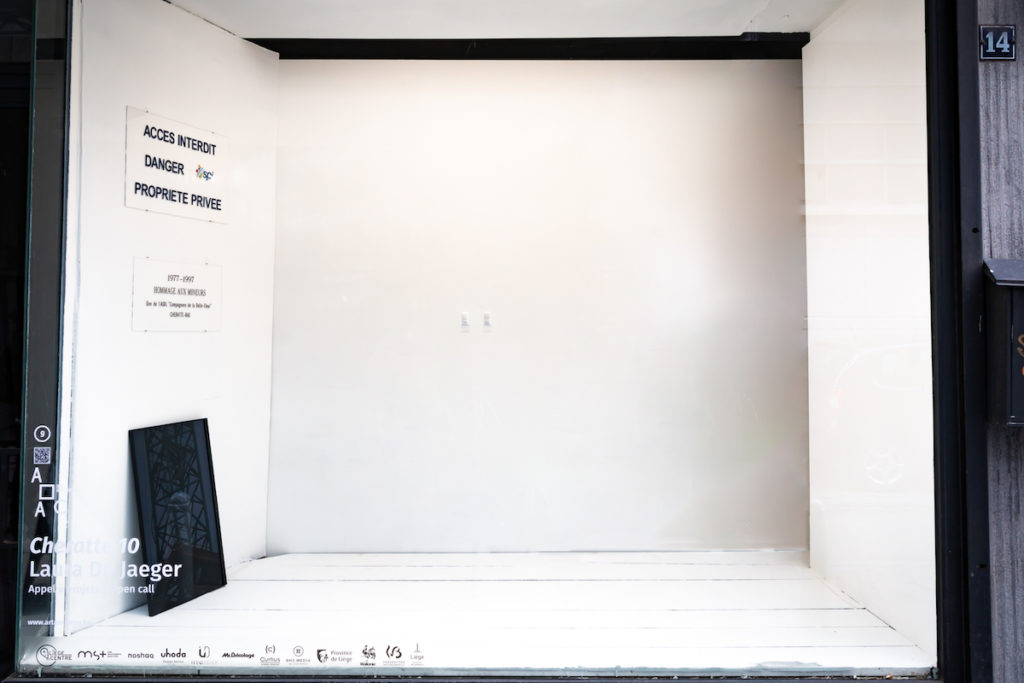 A collection of interventions. Every piece is a part of the former coal mine of Hasard de Cheratte. The main colliery of the Société anonyme des Charbonnages du Hasard is located in the province of Liège. Sold and currently under construction, the space is in a limbo state. It gives us a glimpse of both past and future.
In the city of Liège, two plaster pieces stretch out the measurement of the Cheratte 10’s entrance bridge. To measure with thread allows the space to be placed in my pocket, rolled up and out, again and again rediscovering itself. The plaques start a dialogue on the common ground of plexiglass, transparent, catching every trace.  A collection of speculative, mobile, conservation.

By gathering, moulding, play with measurements and rephrasing, Laura De Jaeger’s practise revolves around the notion of in-between, local histories and quotidian practises. Processes of casting, doubling, shifts and repetition are steered, which manifest themselves as reinterpretations of an object or space. A form of experimental, autobiographical, and material writing. De Jaeger tends to adapt to particular spaces, taking them as both her subject and setting, for material and spatial research.