From specific socio-political contexts, Katya Ev has been developing, since 2012, a constellation of performances, of “constructed situations”, which question our potential for action within power structures. Each action, performed or directed by the artist, is part of a precise spatiotemporal framework, taking place as much in the institution as in the public space. The artwork does not directly confront social, political or legal stakes but subtly inserts itself within the very systems, reusing or diverting the codes and rituals that govern them.

For Art au Centre, Katya Ev offers an evolving and participatory display intervention that unfolds over the course of the exhibition, in one or several windows in the city. The intervention invites the viewer to interact with the artist, through a call for participation during which the visitor/inhabitant of Liège will stick to the French expression NE RIEN FAIRE CONTRE RÉMUNÉRATION. Remuneration follows labor legislation based on the minimum rate of €10.25 gross per hour. The intervention displayed at Art au Centre continues in the exhibition of the artist at The New Space[1].

These moves of force, sometimes barely perceptible, coexist with the inhabitant/visitor, forming both a frame and a leak point. The interaction with the public triggers a spontaneous and unexpected dimension of reactions and participations. Like soft power – a term used in geopolitics to refer to a “soft method” of influencing other states – Katya Ev’s “constructed situations” can be interpreted as subtle challenges imposed to power structures from a reconfiguration of elements, getting involved in the radical nature of a simple citizen action at the limits of the legal system. 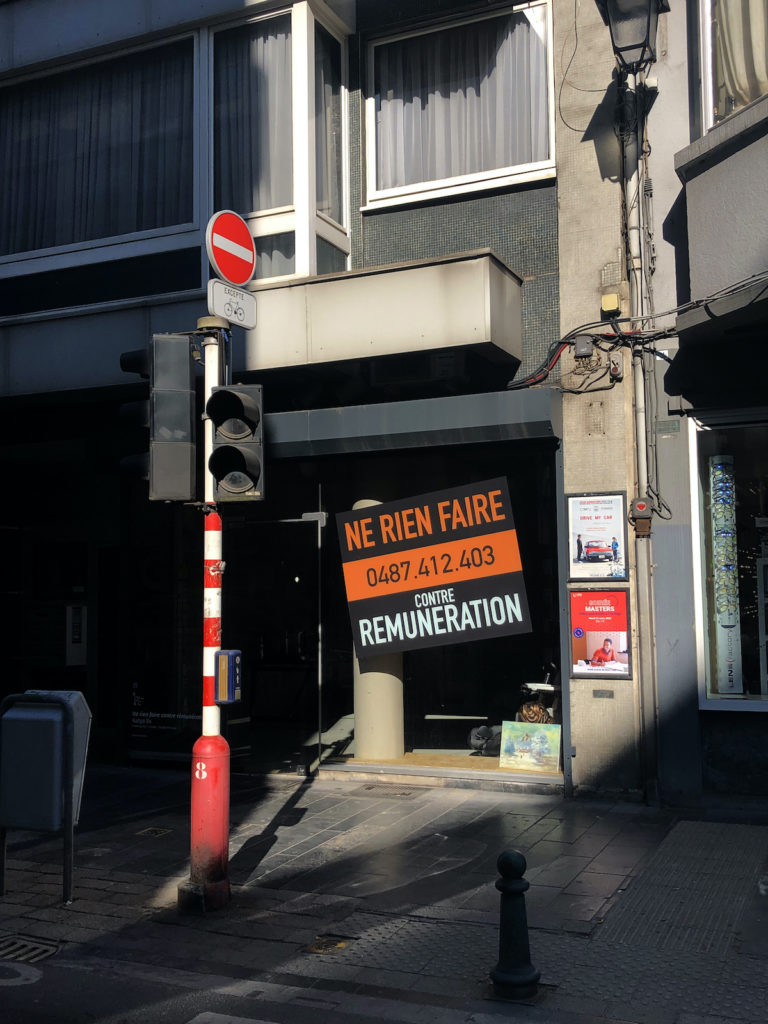 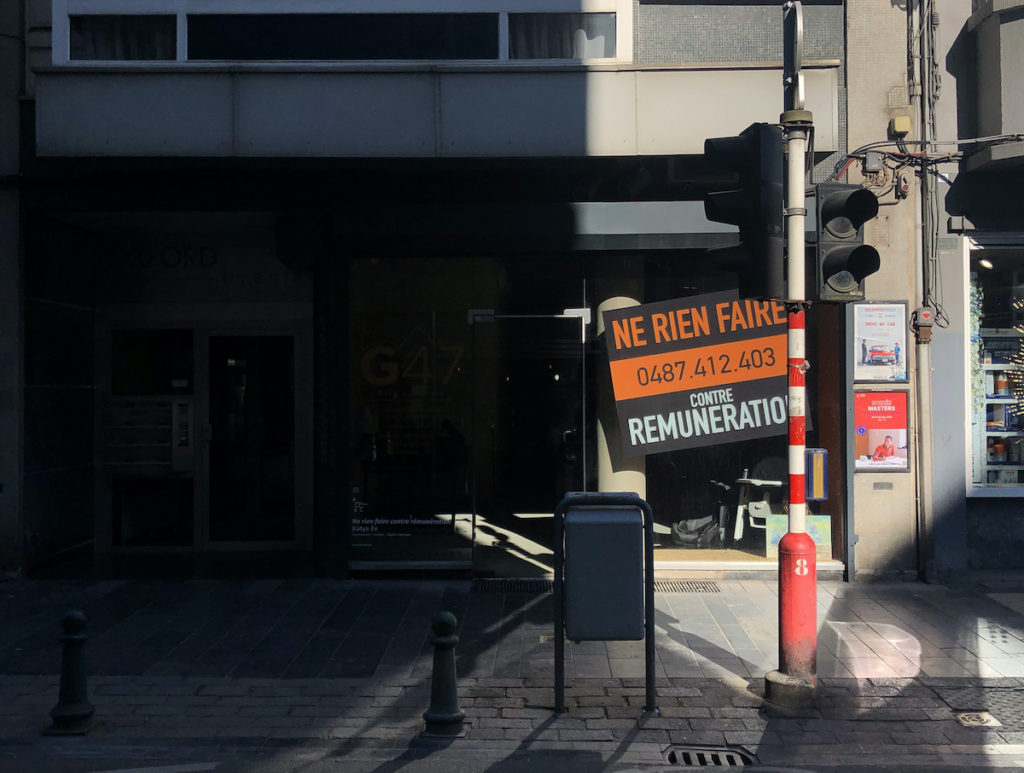