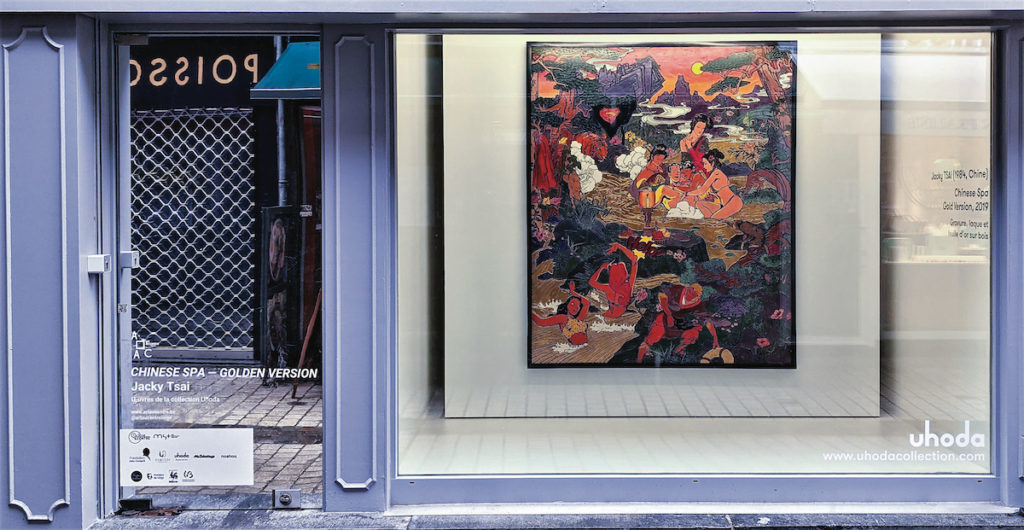 Fascinated by both traditional eastern art and western pop art, Jacky Tsai creates a work at the crossroads of these aesthetics and illustrations. This Chinese artist is greatly influenced by Roy Lichtenstein and Andy Warhol’s work. He managed to combine this influence with the culture of his country. West, east, future, past : everything is gathered in Jacky Tsai’s approach. He also develops a political dimension with these superheroes, defenders of the western power integrated into demeaning situations.

For the sake of his heritage, Jacky Tsai also uses endangered Chinese craft techniques applied in Art au Centre #6 artwork Chinese Spa that is engraved in wood before being painted with gloss and gold leaf by Chinese craftsmen.