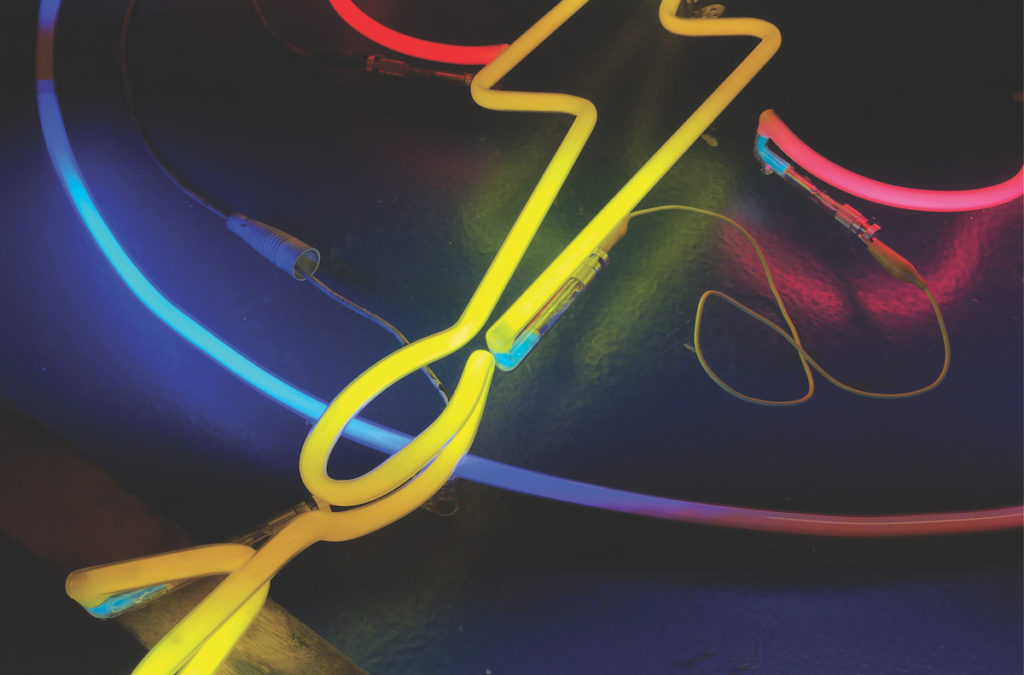 Artists selected as part of the open call

Sh:ow D’hier, a store fantasized by Elsa Fauconnet and Antoine Liebaert, offers to see an absurd best of souvenir objects from their previous artistic projects (solo and duo), here stocked in a “baz’art” mode.

Placed under glass, they are exhibited to strollers like products adrift, using the chaotic and poetic codes of these e-shops that are now doomed to disappear from public spaces.

The window unfolds a landscape in the form of an “idiorama”, in which poetic artefacts confront the domestication of forms, a notable fact of our modern era.

“D&ko en €co”, between loops and hypnotic spirals, this closed universe, moved by a strange serpentine energy, oscillates between two and three dimensions, as well as a few constantly repeated commercial gestures.

Its occupants, mannequins-displays accompanied by their silly pig-piggy bank, evolve there to the rhythm of the wheel of fortune and their misfortunes.

When night comes, they sometimes speculate in their melancholy dreams on the idea of bartering their purchasing power for some magical powers (and other working fetishes), to finally leave this “trime-life” at all costs.