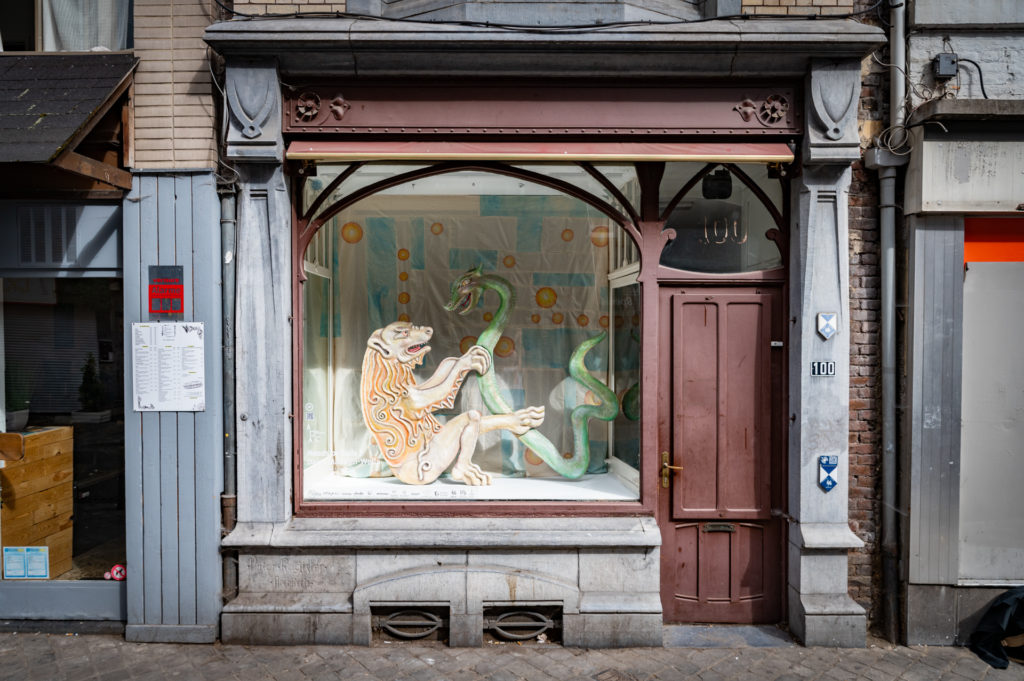 Daisy Madden-Wells explores how the visual language of the mythical and bestial acts as our proxy, or mediator, between physical form and the intangible. These forms become a linguistic character or glyph, necessary to express that which we do not have the words for.

She suberts the heraldic practice of using characters to represent ‘character’, by sculpting her works to act as vessels for vulnerability rather than opaque symbols of might. In creating sympathetic intimacy with archetypal figures she questions enshrined narratives, the ways in which we tell our stories, and ‘agree’ on history — illustrated in the uncertain grimace of the heraldic lion.

This is reflected materially in her practice, with a recent focus on ‘folk art’ techniques — such as paper mache — traditionally used to create costumes and temporary structures as a tool for recreation and cartoonish storytelling.

The work presented in the vitrine will continue this thread. Featuring a lion in eternal battle with a serpent, the work will explore the moment before the ‘decisive moment’ — just before the final blow, a second prior to the weaving of legends. The lion and the serpent are chosen because they exist in the lexicon of mythic imagery. They are so bombastic as to become commonplace — in this way they are also able to represent you and I. The epic struggle of the day-to-day, in which we are all sure we are the protagonists in our own story. And we are. 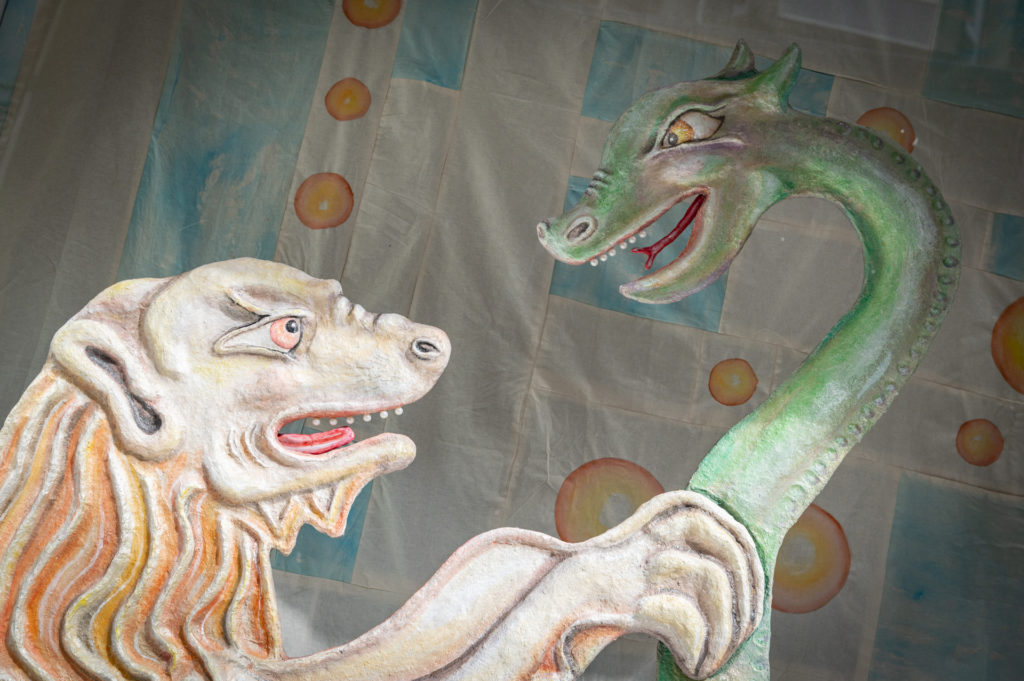 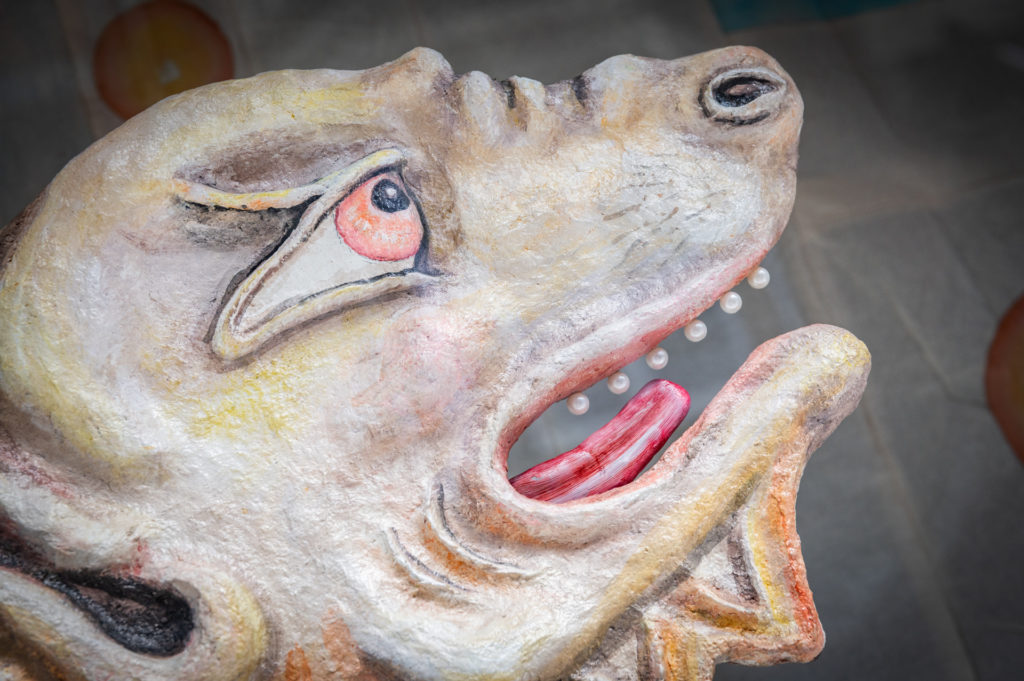