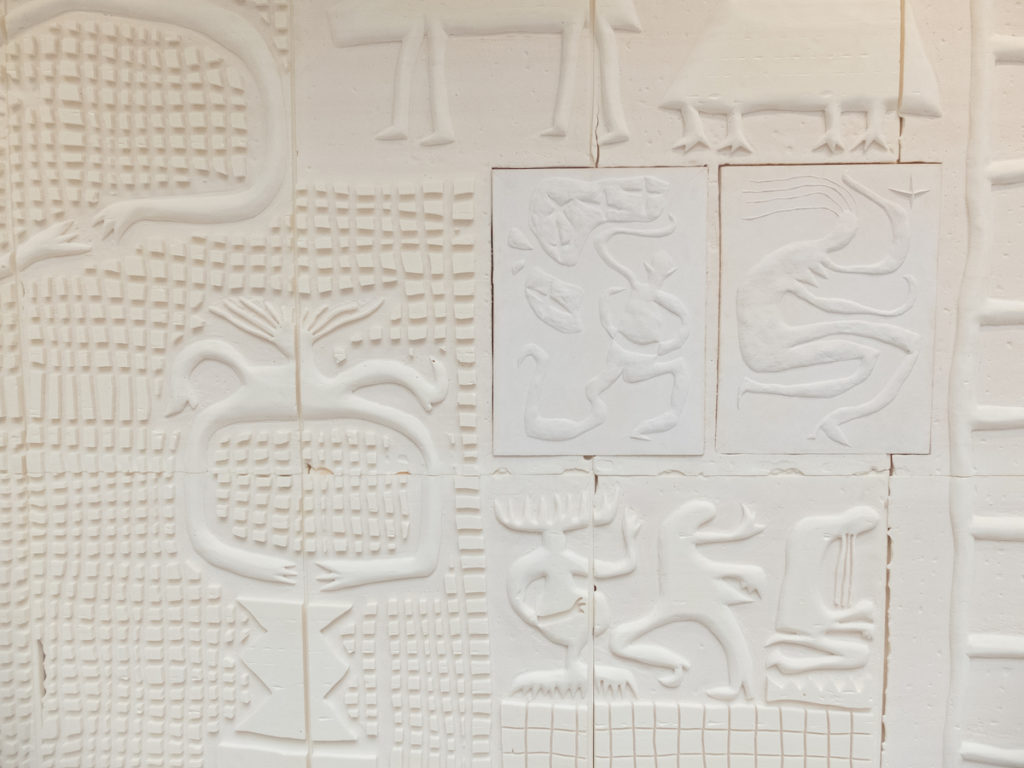 Built as part of the Brussels International Exposition of 1935, the pavilion of the Grand Duchy of Luxembourg was made up of two separate buildings. While the first one hosted the official part of the exhibition, the second one was designed in three parts that were dedicated to the tasting of Luxembourg drinks. The walls were decorated with bas-reliefs created by Grand Ducal sculptors. The topics discussed gave prominence to the centuries-old practices of the region, to culture and agriculture. The often-tipsy visitors confused the protagonists of the represented life scenes with mystical figures from Luxembourg folklore.

This was the birth of the idea that bas-reliefs, in their evocations of everyday life, are loaded with a mystical power over the collective imagination, an irrational link between the tribe, the pleasure and the most spiritual feelings.

For Art au Centre #10, artist Louis Randaxhe (1998, born and raised in Liège) presents an installation of two bas-reliefs whose subjects and ornamentations, linked to pleasure and popular practices, are directly drawn from this legend. His work is part of a graphic and iconographic research field. He tries his hand at various techniques as an amateur on raw or recycled materials. Particular attention is paid to practices of diversion and domestic appropriation that are similar to DIY practices. The hybridization of motifs, techniques and materials operating at different scales of his work, enables as much back and forth between his referents, his practice of the technique and the decompartmentalization of his vocabulary.