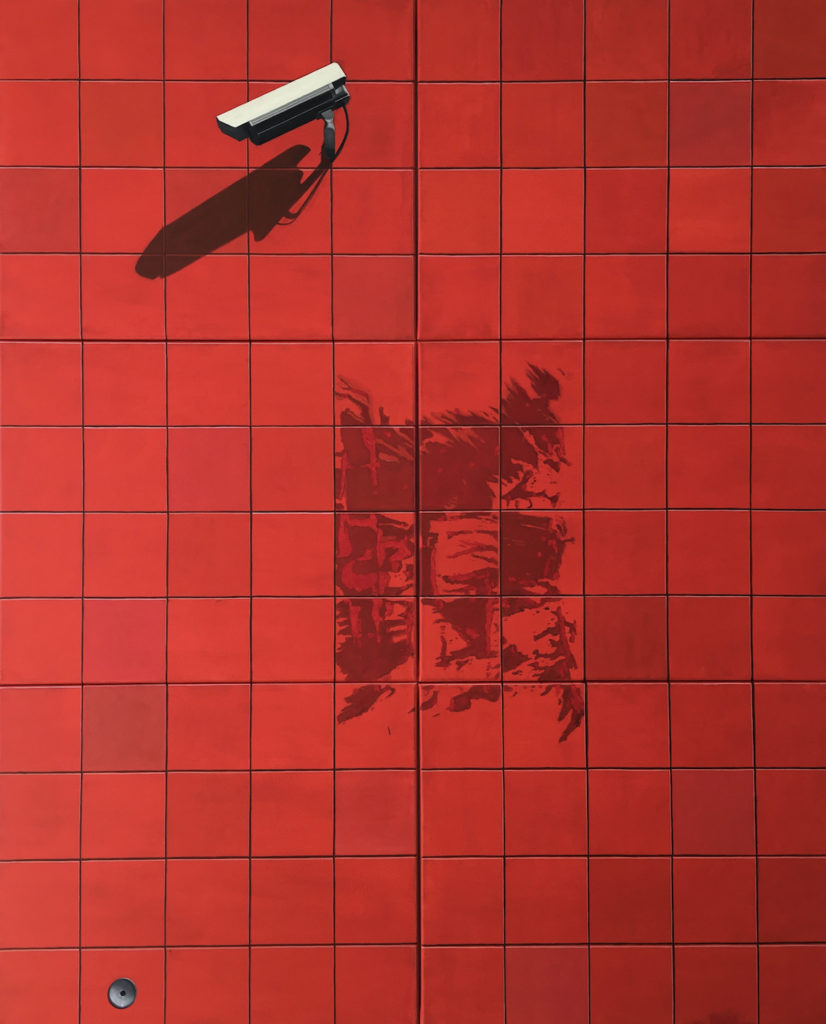 A fan of skateboarding culture, Martin Boissard has an alternative vision of the environment and street furniture, that are considered as a potential playground. The wandering, the search for new “spots” tirelessly pushes him to discover new spaces, often off the beaten track and this is where his artistic work was born.

The first stage of his pictorial practice consists in the exploration of urban space. These peregrinations are sometimes synonymous with wandering or discoveries and lead him to take many shots. Vandalized or decrepit walls, palisades, lacerated posters or any other flat surface that will echo the flatness of the painter’s canvas. This obsessive work leads him to a real photographic inventory of what he calls the “pictorial accidents” that line the streets he has paced up and down.

These different subjects enable him to approach painting in its diversity by relying on artistic and pictorial currents as diverse as they are varied. Thus, a wall with graffiti erased by a layer of paint that is different from its original color, hence creating a nebulous abstract form, can be seen as a reference to Rothko’s work. A tag erased with a high-pressure washer will leave visible traces on the wall and will be condemned to wander like a ghost of what it used to be, like an Erased de Kooning Drawing by Rauschenberg.

Although figurative, his pictorial work is nonetheless steeped in abstraction, whether expressionist or geometric. He plays on the opposition between these diametrically opposed pictorial currents. This dichotomy is a real sounding board in his work.

His approach also claims and questions the two-dimensionality of the canvas. By accentuating frontality, by deliberately reducing perspective to a minimum, his work does not seek to give the illusion of a three-dimensional space, but rather to play with flatness and its opposite, depth.