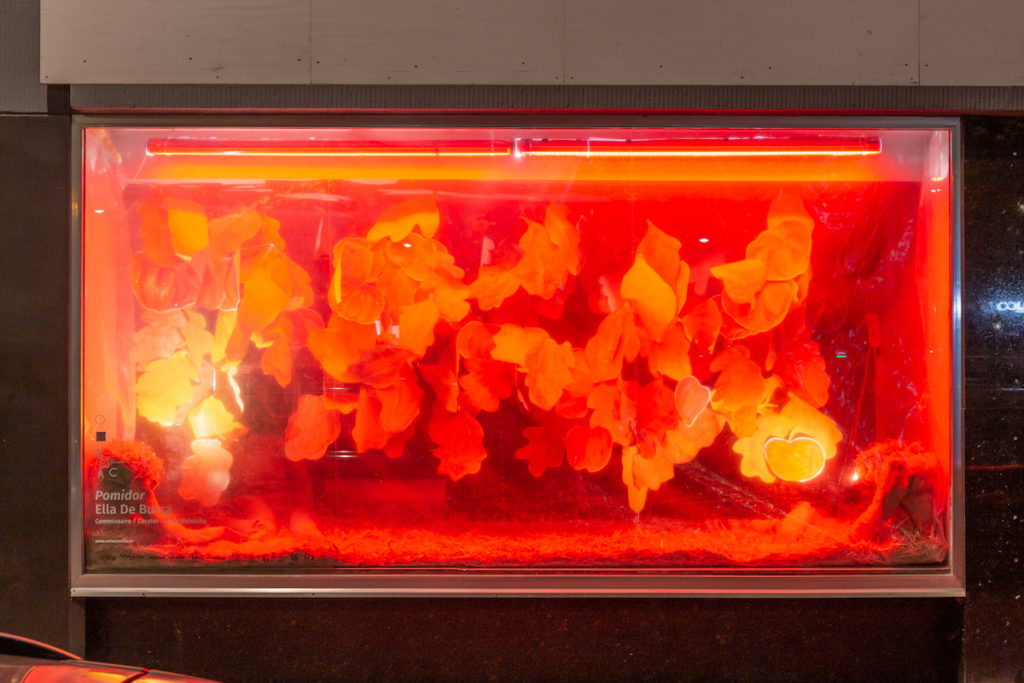 A playhouse in the grips of decay (the empty shopping complex, the pandemic, the state) the vitrine is recast as a Tomato House, a sequel to the Tomato House that she built in her rural garden last year during lockdown.

With theatres and galleries shuttered by state decree, she turned the tomato house into a poetry house, performing a selection of feminist poems to the seedlings.

Helping them on their way to maturity, she nurtured and nourished the young audience with a mix of sentiment, wisdom, absurdity and humour. A whole society of tomatoes grew, building their knowledge on the poems that came before, and she watched their growth, observed their reckoning, their cognition. She drew them, photographed them and studied their methods of engagement like a nightshade sociologist.

And at the end of the season, she ate the tomatoes under a full moon (devoured, gorged on), the natural fate of the viewer who only listens.

Her research is displayed inside this Tomato House, alongside the audio of the poems shared with the tomatoes. There are new poems and new songs for the new season as well as secret cameras for new observations. The first Tomato House was made from an urge to perform. The second iteration captures the essence of the first, conjuring images of tomatoes long masticated as poems for a different species of audience.