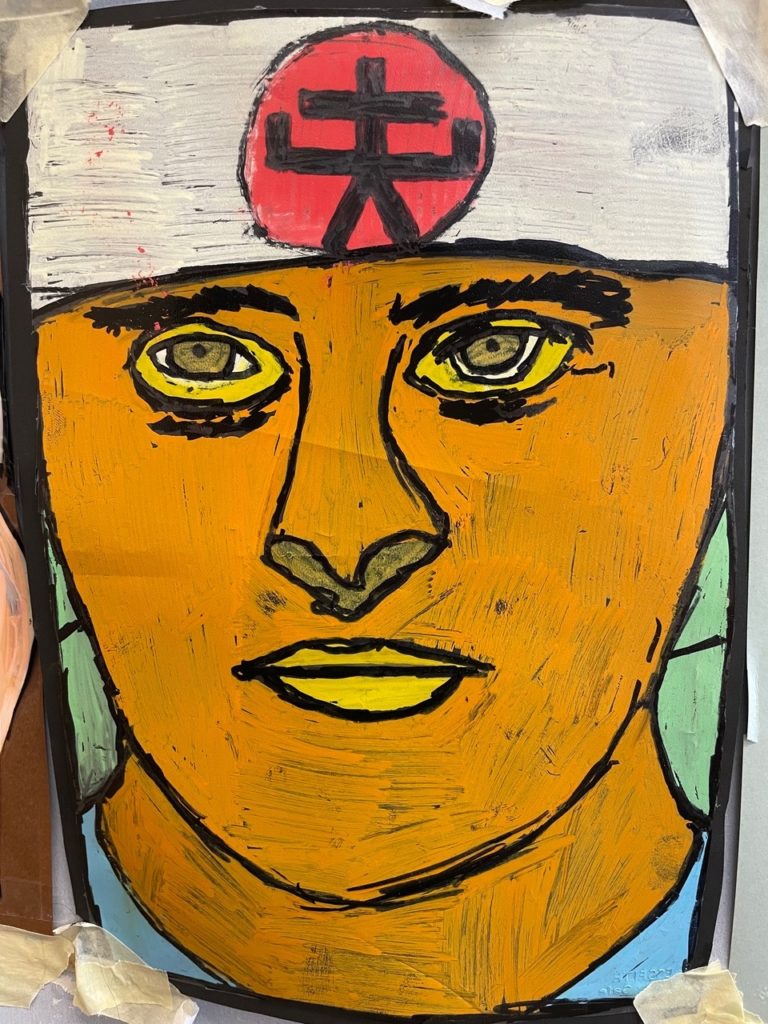 There is a sort of discrepancy, a contrast between the eccentric universe of Samuel and the solemn side of his creative approach. Like the samurai, one of the major figures in his pantheon, he applies rigor to his work, meticulousness in the management of his environment. He needs to appropriate his space to the point of making it his sanctuary in the center of which he reigns, imperturbable. However, he welcomes each visitor with a smile, proud of the interest he arouses. He takes real pleasure in presenting his work to him, citing his sources of inspiration, guiding him through this structured and abundant pavilion.

We quickly understand his attraction to the sacred and mythological universe. From Japan, where he travelled twice, he reproduces calligraphy, kimonos, temples, buddhas, dragons, samurai or even geishas. He likes sexy and provocative women, with a rock’n’roll attitude and passion in their kisses. […]

Samuel also expresses this obvious attraction for extravagance, pop culture and his idols in a textile version. He revamps salvaged clothing to his tastes through brief stylistic interventions and above all through the design of his favorite subjects. […] This total commitment has made him one of the figureheads of the Créahm, a singular personality who has not ceased to amaze us.