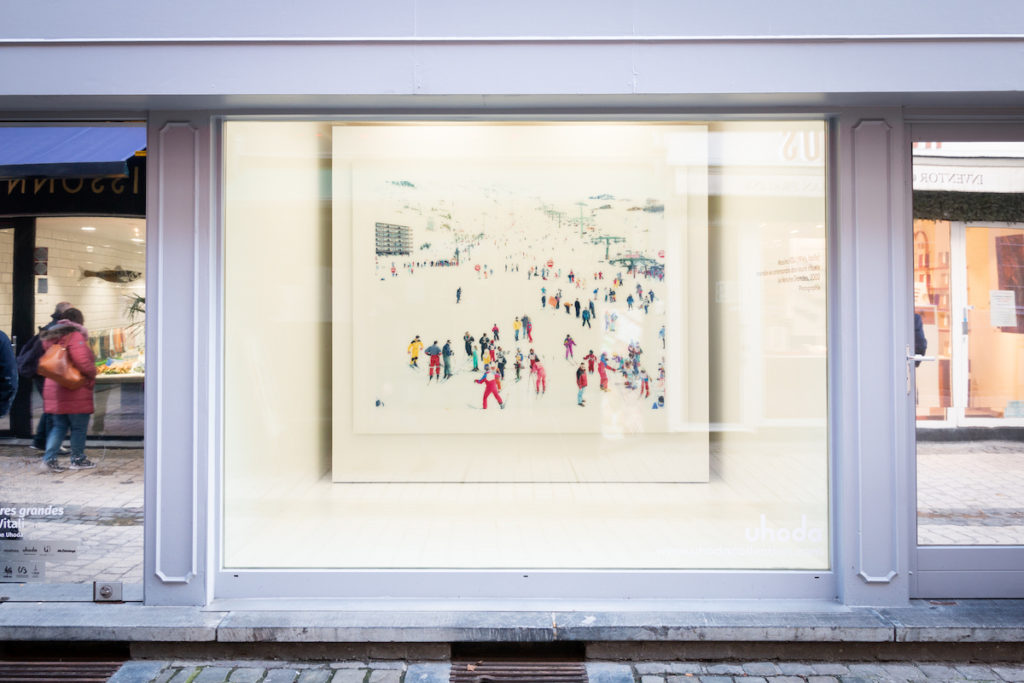 Following the radical political changes that took place in Italy in the early 90s, photographer Massimo Vitali began to observe his compatriots trying to escape the social and economic restrictions of the time during their free time. In the idleness of their holiday moments, the photographer immortalizes Italians lounging on the beaches, hurtling down ski slopes or partying in nightclubs. Whatever the theme, the artist’s shooting technique remains the same. Perched on a four-meter high platform, he observes the stories unfold and become entangled below and waits until the moment he finds appropriate to trigger the device. Massimo Vitali then invites the viewer to gaze over these swarming images so that he or she can constantly discover a new detail to linger over. 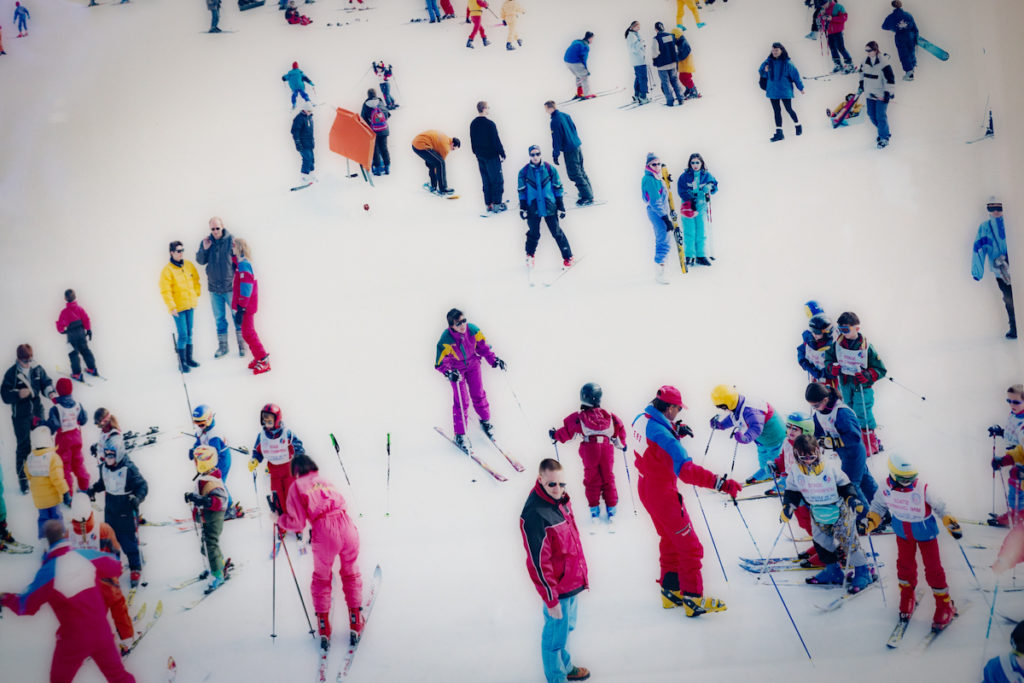 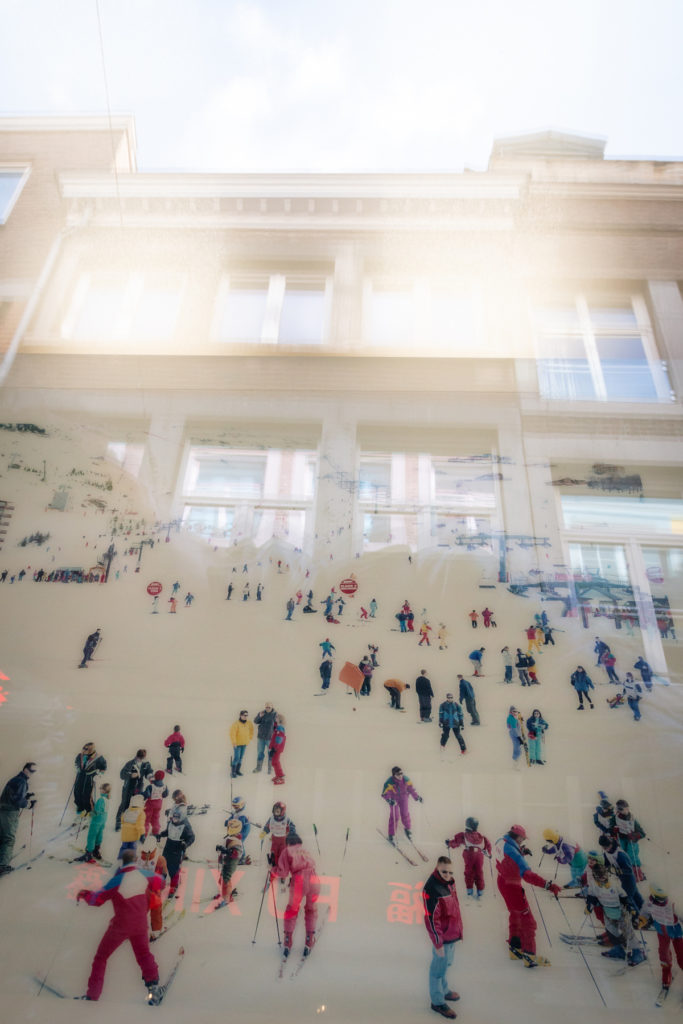